Underdogs, if you haven’t been paying attention, I love comic book movies. For the most part, I say that I was a DC kid, and a Marvel adult. While I still love both, the Marvel universe has proven to be more on top of their game. Not that I don’t enjoy the DC movies, but I prefer the Marvel writers, and the directions they are willing to take their stories and characters. While Marvel has some very funny moments, the ones that stick to me the most are the ones that are raw, hopeless, and vulnerable. Here is my list of the top 10 Marvel moments. I know there are many lists that could be made, but these are some that have stuck with me the most. I hope you have some fun reading these and comment below on what your favorite moments from Marvel. Keep in mind, I’m not including Fox and Sony studios in this list.  Fair warning, spoilers ahead! I’m not going to lie, this one was purely selfish. At this moment, most of us were Peggy Carter, and the nurse in the background. As pretty as he is, this moment was actually very powerful.  This was showing us the the experimental serum that they injected into Steve Rogers, actually worked! It could have killed him, but it also was important for this person to have heart in order to make it through the procedure. The right person for Captain America was picked, and while the road ahead would be hard and bumpy, we can take this moment to admire….pecks! So pretty.

Who knew that this movie about a band of misfits would have such emotional moments! These 5 beings from all over the universe somehow banded together to become something great. They had their moments. They had their fights, but when push came to shove, they become a strong unit that literally could not be defeated. What was so incredible about this particular moment is the sacrifice Groot was willing to give for those he loved. He knew the group was important, and protected them with his life. The only time Groot uttered a different phrase than, “I am Groot,” was this very pure moment. This makes me cry every single time I watch Age of Ultron. The very moment that her twin brother is killed, Wanda feels it without any doubt. You can literally see and feel the moment her life rips in half. When she tells Ultron that she just died, I believe her with ever fiber of my being. She died in that moment right along with her twin. It was so painful. It was so raw, and so beautiful at the same time. One of the best moments, even though it was gut wrenching. Marvel, why do you hurt us so, and why do we keep running back for more! One of the best characters in the Marvel universe is good old Phil Coulson. While he has his own series now, the Avengers are unaware that their friend is still alive and fighting. Many times, Coulson is a substitute for us, the viewers. He fills our role, as the guy who seems slightly out of place, has a huge heart, and is kind of a bad ass! The way he fan boys over Captain America is wonderful! There is just something so sweet and pure about this admiration and wanting his mint Captain America cards signed.  PS: He was still very mad at Fury for getting blood on his mint cards. I hope someday, he will get his cards signed!

While this gag is super funny, the scene in the elevator is truly the heart of the story between these two brothers. Moments before the doors open, Thor has a heart to heart with Loki about going their separate ways and how different they really are from one another. Thor is tired of Loki’s games, and Loki still feels like he is the slighted brother. It is very sad, and very raw. It’s looking at a family member that you have tried to love your entire life, and you do, but you have to let them go and move on without them. Following this very hard moment up with “Get Help,” was pure genius because it shows that relationship, the love from childhood, is still there. It sets up the much harder scene in Infinity War when Loki says, “The sun will shine upon us again, brother.” 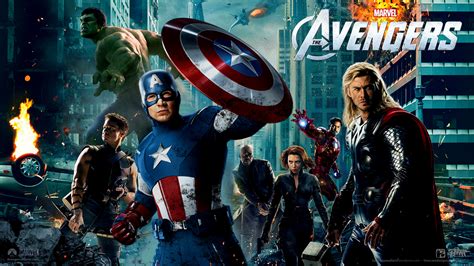 This was a movie moment most of us nerds have been waiting for! The moment that Hulk, Thor, Iron Man, Captain America, Black Widow, and Hawkeye stood as one to fight! It was a long road to get to this, with a lot of ups and downs! I remember watching this in the theater and everyone cheering! It is a cheer worthy moment!

This one hurt. So bad. So very bad. Peter Parker become a surrogate son to Tony Stark. He took the young man under his wing and helped him become an Avenger.  In the Spiderman movie, Tony tells Peter, someone could have died, and that would be on Peter. But if Peter dies, well, that’s on him. When Peter fades away, we see Tony die with him. His pain and suffering is real, and raw. Don’t cry ugly tears… Don’t cry ugly tears…. I’m sorry… 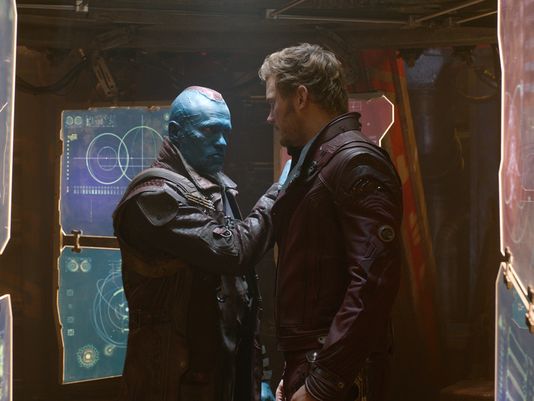 “I may not be your Father, but I am your Daddy.” Dear God, who knew how much this funny and light movie would hurt. Yondu had a very complicated relationship with Peter Quill. So much so, that he used to threaten that he would let the crew eat Peter! He never took Peter to his Father, Ego and we find out there is a great reason why. Because Yondu not only was protecting Peter, but he loved him. It goes to show sometimes the best family is the one you create.

The nightmare came from the fact that it wasn’t because his friends died, but because he didn’t die as well. The vision that Wanda gave Tony utterly destroyed him and set up events for all of Infinity War. Most of the Avenger’s were dead in a pile in front of him, with Captain America asking Tony why he didn’t do more? Two strong things are doing on here. First, Wanda was going for their deepest and darkest fears. This is Tony’s, the death of his loved ones. Secondly, it was a true vision for things to come. This was amazing character shifting for Tony, as we see a part of PTSD that wasn’t fully explored until that moment. Now, it is part of who he is, and why he is fighting so hard.

I loved just watching all the Avengers and their friends sit around at the party and talk. It was awesome to just see them talk about their girlfriends, tell funny stories of childhood, and even do some flirting. This is truly one of the best scenes because it’s real. Everyone trying to lift Thor’s hammer is also awesome. It’s something that I can see real people doing, which makes that moment even more fun and special with the audience. Marvel truly knows how to connect with their audience and I know many of us were saying how we could be the ones to pick up the hammer!

Those were my top 10 favorite Marvel Movie Moments! I had a lot of fun with this list. I know these may not be the traditional moments people think of, but it’s what I keep coming back for more! They have some great writers, and actors who understand the characters that they play. Also, there seems to be an air of fun around these people, and you want to believe that they really are a team, and really do care for one another!  What about you? What is your favorite nontraditional Marvel Moment?