Traditionally, it’s try it Tuesday. However, I am so grossed out by what Logan Paul did, I feel like I need to address this situation. If you don’t know what is going on, then I am going to warn you that this may cause some people to be triggered because of the severity of the situation. If you have been affected by someone who has taken their own life, or are upset by mental illness and suicide, then please stop reading this post. This blog will contain information about a YouTube star who filmed something extremely inappropriate and it is very upsetting. I want to let you know now, that there is help out there at no cost.  If you need help, do not hesitate to reach out. This  the phone number to the  National Suicide Prevention Lifeline, as well as the link to their site 1-800-273-8255: https://suicidepreventionlifeline.org/

Recently, YouTube famous actor Logan Paul made a video about a place in Japan that is known as the suicide forest. This is a world famous place for the amount of people who come to the forest to end their life. It is so bad that the government has taken precautions with signs all over asking people to reconsider. Some of those signs include messages like, “Think of your loved ones,” and “There is hope.” Unfortunately suicide is such a regular occurrence that the forest is check daily for bodies. Due to it’s sheer size, bodies may be out there for some time before being discovered. Many YouTubers, ghost hunters, and even officials have gone to this forest in an attempt to discover why this is happening. There is also legends of this place being haunted because of all the terrible things that have happened. Until now, no body has been shown that isn’t digitally altered to protect the identity of the victim. 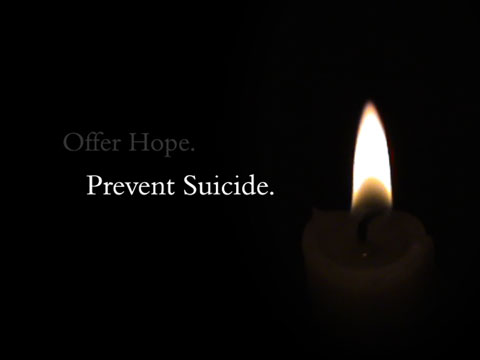 Logan Paul and his team went to Aokigohara forest to film and make a blog. This blog has since been taken down on YouTube, however it is out there forever and can be found. I will not lead you to it, but an important lesson to learn is once something is posted online, it will never go away and can always be recovered. Unless you want something out there, don’t post it! The video is about 15 minutes and there is some traveling aspects involved. As they go through the forest, they come upon a body of a man hanging from a tree. Logan quickly turns to confusion and then fear. However, there is a lot of joking going on, while the man hanging from the tree is made fun of by Logan and his team. They go so far to laugh at him and make jokes. You can very clearly hear laughter and sick comments being made about the dead man hanging right in front of them.

Logan Paul and his team had a lot of time to edit this footage. Uploading this video that way that they did was intentional.  Their headline for the video was, “We found a dead body, Not click bate. *Emotional. This means that millions of his very young viewers were clicking on this video and watching Logan not only find a body, but make jokes of the victim. While he claims he was doing this to bring awareness to suicide prevention, he took advantage of the person who ended their own life. He showed their face, laughed at him, and used his death for views. This poor man’s family found out about his death because of this, and now they are being harassed in their darkest hour. Not only in this in very poor taste, but it’s plain wrong. They made the choice to do the post the way that they did. If Logan really wanted to bring awareness to mental illness and suicide prevention, he went about it all wrong.

In his obligatory apology letter, Logan claimed youth and not understanding that this would get the terrible reaction that it brought. While he is only in his early twenties, most people can grasp the reality of the tragedy of discovering a suicide. They made the choice to film the project. They made the choice to edit the project the way that they did, and release it to the world. Logan wanted views, and this was a huge way to get them. However, what is this going to cost? Is this enough to drive some of his very young fans over the edge? He is showing how much a joke they made of the victim they found. How is this bringing any awareness? How is this helping anyone?

I know there are many out there that will claim that it’s no bid deal because Logan, just like everyone else, has the right to make video posts just like he did. The truth is, he does have every right to do this blog. Just because he can, does it mean that he should? There have been others who have done a video in this forest, however they tend to blur out the faces. They also tend to not make fun of the victim. Finding that body made him responsible to take action. He could have still made a video, but he could have omitted his grotesque behavior as well as those who were in his crew. He could have discovered the body and then cut it to explain what had happened. Logan could have let the world know his feelings and fears about suicide and how this one day changed his life. The impact from a proper post could have made a lot of positive difference. However, he choose to do this in a disrespectful way and instead of raising awareness, he offended and harmed a lot of people.

I want to be very serious here and voice my strong thoughts on this matter. Mental illness is laughed at and misunderstood every single day. If there wasn’t such a stigma attached to getting help, or even understanding that it is a disease, then maybe more people would seek help. Depression, anxiety, and other mental illness are made to seem like they are a choice. It is very dangerous to continue the image that these issues are nothing more than feelings that someone needs to get over by getting out in fresh air, positive thought, or changing their attitude. That is not reality. Mental illness is very real, and this misunderstanding is costing lives. It is not a laughing matter. It is not helping anyone to laugh and exploited a person who has just ended their live and use it for click bait. It is irresponsible and has set a lot of people’s efforts back to square one.

If you are depressed, you are not experiencing an emotion that you can just get over. The illness is just as real as cancer and heart disease. The difference is no one makes fun of a person or judges them for taking action to help their issues unless it’s related to metal illness. Everyday, people are shamed into not taking care of themselves because of how many people misunderstand and are misinformed about the realities of mental illness. Many times, those who are suffering are made fun of, leaving the people too scared to get help. Why would they when no one hears them when they are calling out for much needed help. There is nothing wrong with seeking out help. Do not let some Youtuber or anyone else make you feel inferior and not worthy of getting treatment. We need you, we all need you to be here so please reach out. Then spread the word on how mental illness is very real, and that suicide is not the answer.

You are special. You deserve a healthy life, and there is no shame in getting help. Let’s turn this monstrous issue into something positive and raise awareness about how much help is there, and how much mental illness is not a joke! Logan Paul will fade away, but the reality of your worth in this world will never go away. Take the step to reach out if you need to. Support those you love who are going through a rough time. Together, we can do so much better.