The Dragon has Three Head

*Updated: The Dragon Has Three Heads

Hello Underdogs! We’ve made half way through the week! Yeah! That means that it is one day closer until Game of Thrones starts back up on HBO. (Please see the end of the post on how you can get a free month trial of HBO) I actually love Game of Throne theories just as much as I love Doctor Who theories. There is so much material to work with, that it is a full-time job doing the research. I am not that awesome, but I do have a few thoughts. This one has to do with my favorite part of GOT, which are the dragons!

How can you not love Dragons? They are mythical creatures who fly around, and breath fire. The one’s who are specifically in this story are called, Drogon, which is the one that Dany rides, Rhaegal, and Viserion. These Dragons were born out of an impossible situation. Their birth was so rare and unusual that Dany will forever be known as The Mother of Dragons. Dany named these Dragons after her late husband, and her late brothers. They started off as tiny, and now they are they sizes of jets. There is a deep bond between a Dragon and their Mother, but even more so between a Dragon and their rider. According to the GOT lore, a Dragon will only have one ride. If their rider dies, the Dragon can bond with another, but as long as they live, they will not share with another person. Their bond is very strong. In fact, they are part of one another. A Dragon can sense when their rider is in trouble and needs their help.

While Drogon is very much Dany’s favorite Dragon, she does love her other children. In the books, Dany was told a prophecy while she was at The House of the Undying. Her brother, Rhagar looked right at her and stated that “The Dragon has Three Heads.” What does that mean? No one really knows for sure, but we do know that Dany has 3 Dragons, and the shield of the Targaryen family is a Dragon with 3 heads. It isn’t a big leap to see that this could either be a very big clue, or just something in Dany’s subconscious that stuck out to her during this very strange moment. To put it simply, she was tripping balls at this moment so it could all be just something in Dany’s mind.

The most popular theory is that there will be 3 Dragon riders that must be part of the great war. More importantly, people believe that these Dragons are essential to the Prince that was Promised. It may or may not have anything to do with these things, but the Dragons will be needed for Dany taking the Iron Throne.

I do think that the part of the Dragon’s purpose is for the Great War, but it is also very strange that these animals came back now. They have been gone for years. In fact, Dany’s dragons were wedding gifts that were stone. They were considered dead, but through some strange magic and Dany herself, the Dragons were born again. Dragons used to rule the world, but as the Targaryen blood line died, so did the Dragons. There were other Targaryen’s alive during the time that Dany hatched the eggs, but they were not, “The Blood of the Dragon,” as Dany herself. This is a statement made by people who believe that they are directly related to Dragons, and share a heritage as well as blood.

So, would these Dragons be called to life by not only Dany, but the other two riders who are, “The Blood of the Dragons?” It is possible. The Dire Wolves showed up right before the fall of the Stark family. They came when the family was a pack, and strong together. One by one, they died, and their humans died as well, for the most part. The Dire Wolves’ fate directly revolves around the fate of the Stark family, just like the Dragon’s fate directly revolves around the Targaryens. The bond between animal and human is strong, and they can even say it is part of their blood. Did the Dragons feel the blood of their riders too, and that helped them come into this world? It is very clear that the best case for the second Dragon rider will be Jon Snow.  Jon is Dany’s nephew, although they don’t know this at the moment.

The Dragon, Rhaegal was named after Jon’s father, Rhargar.  We know from the behind the scene footage and even an educated guess by watching the trailer, Jon meets the Dragons. The newest trailer is kind of confusing when it comes to which Dragon is which. We clearly see Dragons, and we can also clearly see a rider. It’s not clear which Dragon, and who is riding them. To me, it seems like Jon could be riding Rheagel and we aren’t just seeing Dany ride Drogon. We are seeing both. The scene outside of the wall looks like it is going to be very exciting. We can clearly see one shot of Jon standing with a wall of fire around him. Could it be a fire that was caused by the battle? Yes, but wouldn’t it be more amazing if it was due to a Dragon? What if Jon bonded with Rhaegal while he was with Dany? Did the Dragon recognize the blood of his blood? Dany and Jon have many parallels so wouldn’t this be an amazing other side of the coin like when Dany was attacked by The Sons of the Harpy? She called Drogon to her without knowing it. He felt that she was in trouble, and he saved her life. Would Jon be able to call his own Dragon to him? We will find out in a

few short weeks, but I would love to see that happen.

What about the third Dragon, Viserion? Who would be his rider? There are two possible theories that may pan out. First, is one that I don’t like at all, and I hope we don’t see this happen. What if the third Dragon, who doesn’t seem to be destined to bond with anyone, will die without a rider? What if he dies in the presences of the Night King, and he will become an Ice Dragon? 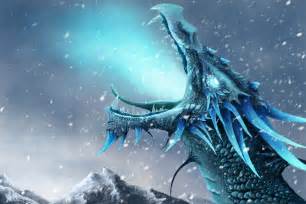 I can see why this would be exciting because you have one Dragon who is dead, fighting against two that are living. It is just one more part of this very vicious war. This Ice Dragon would be Fire directly against Ice, such as the theme of the whole series. I don’t know what is more important, fire and ice, or the Dragon has 3 heads. The Ice Dragon would be a great way to even up both teams, and have another aspect of the battle. However, I can’t stand the thought of a Dragon being killed, just as I couldn’t stand when the Dire Wolves died.

The better theory, in my opinion, is that the third Dragon rider will be Tyrion. Tyrion was able be with the Dragons without them hurting him. According to his own study, Dragons are very intelligent and they not o 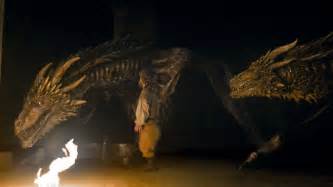 nly know their blood, but they know who is their friend verses who is their enemy.  The Dragons let Tyrion come near them, and remove their chains. While he was afraid, he was able to speak to them, and the listened to him. Tyrion also speaks about when he was a child, how he dreamed of Dragons. He wanted one so much, that he asked for one for this name day. He was laughed at and told that he would never see one alive. Tyrion would study the Dragon bones that he came across, and read all he could about them. When he met them, he was afraid, but he brave enough to bond with them, and help free them. Tyrion seems like he is a strange candidate for a Dragon rider given his size, but he did design a way for Bran to ride a horse. Why couldn’t a man as intelligent as he, be able to design a way for him to ride a Dragon?

We don’t know what will happen, or if the saying, “The Dragon has Three Heads,” means anything at all. 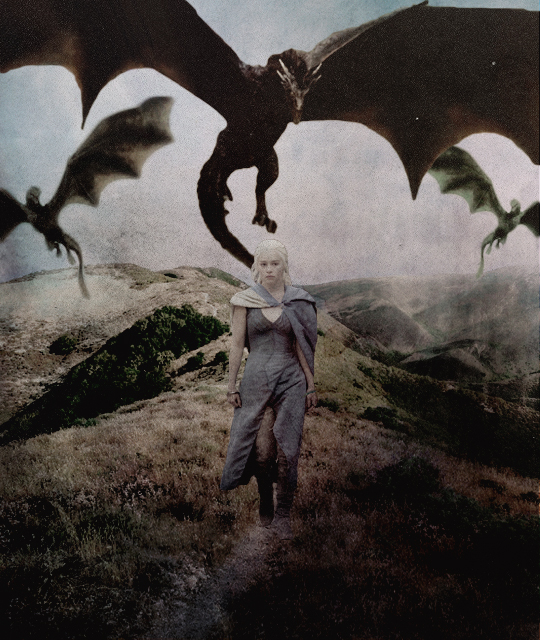 It might be a mantra that the family is meant to say, or keep in mind. Each house has their words, so what if this is just another version of, “Fire and Blood?” It might be a prophecy, telling Dany to get ready because you need to other people to help you through what is to come. I can’t stand the thought of an Ice Dragon, but I can see how that would be an another difficult layer of war. This entire story is a protest of war, and beliefs. We might not get to see what we want to, because author George R.R. Martin wrote this book to be bitter sweet. He isn’t afraid to kill anyone in his story, no matter how big the character is to the story. All men must die, but do dragons have to? You might kill a person, or an animal, but you will never be able to kill a legend.