The last part of Peter Capaldi’s 12th Doctor is upon us. He will soon leave us and a new person will take up the role of The Doctor. We are also losing Steven Moffat, head writer, and head life ruiner who you either love, or want to shake your fists at and curse his name. What will happen next is anyone’s guess. A change this big has not happened to this show since David Tennant after playing The Doctor, and show runner Russel T. Davis left and made way for Matt Smith and Steven Moffat. All that we can do is speculate who might take over the role of The Doctor.

The show is built on change, with 13 people who have played the Doctor to date. It has gone through many different writers, producers, and actors, but one thing remains the same, the adventure of the Time Lord. It looks like this year is going to be especially exciting because the Christmas leaks look like we will have an interaction with the First Doctor, and maybe, just maybe even Susan. Leaked photos show two TARDIS and David Bradly in his Doctor’s outfit. It is tradition for the actors who are leaving the show to be able to request a wish list for their final story line.  For example, when David Tennant left, he wanted the Master in the story line. When Karen Gillian left the show, she wanted the Weeping Angels. Peter Capaldi has not made a secret that his favorite Doctor was the First, and he wants to be able to have a story with his Granddaughter, Susan. William Harntell, the First Doctor, passed away in the 1960’s, and currently actor David Bradly has been playing the role. If you don’t know the name you will know his face.  David Bradly has appeared in Doctor Who before, a well as Game of Thrones, (Red Wedding) and Harry Potter. Do yourself a favor and see, “An Adventure is Space and Time,” to get the background of Doctor Who.

I believe the Christmas show will be an amazing send off for both Steven Moffat and Peter Capaldi. We just have one problem, who will be the new Doctor? We know Chris Chibnal is taking over for Steven Moffat, but who is taking over for Peter Capalidi? We usually have a pretty good inkling by now, who will be next. They are really trying to keep the lid on the new Doctor, even though they have been cast already, according to Russel T. Davis. I have a feeling that there is three very good reasons for this silence. First, we all like a surprise, and it would be nice to be in the dark when our Peter leaves us and the new person takes over. Two, we may have already been introduced to the new Doctor and not know it yet

. Many actors and actresses have appeared in Doctor Who in another role before coming on as a regular cast member. Have we already met them? The third reason is probably because of the controversy surrounding the fact that the Doctor that has been male, may become female. People may not be very happy about this change, but it seems like that this is the direction they are moving towards.

So, who do I think is going to be the next Doctor? I had a previously list that was what I like to call, my pipe dream. This will be a more serious list of people that I think should be The Doctor. This is just a small description on why I think they would be good in the role, but any of these people would do a great job. I have faith they will find us the best Doctor out there. It really is a lifetime commitment for these actors because they will forever been known as The Doctor. I understand why it is such a process to find the right person, and I don’t think they have ever got it wrong. I will miss Peter Capaldi, very much, but I am looking forward to see who will be next!

He is a newer actor who started off as a model. He has done such a fantastic job in “Victoria” with Doctor Who family member, Jenna Coleman. I think that he would fit easily into the role of The Doctor. He is dashing, handsome, but fierce. Plus, he’s pretty.

Of course, I have seen Chris O’Dowd on the IT Crowd and several other movies. I really love watching him. He is very likable, funny, and has versatility. My eye always goes to him while he is on the screen, and I think he needs to be in more films and TV shows even if he doesn’t get the role of The Doctor.

Another vet of the IT Crowd is Richard Ayoda. He has also been in lots of movies and TV shows and is highly likable. I also love watching him, and want to see him do more! He is truly funny and I think he would make an interesting Time Lord.

From “Luther” to :The Office,” this man knows how to act! He would make The Doctor both terrifying and amazing!! He is also set to play the Gun Slinger in “The Dark Tower” movies! I am very excited about this, and it could take him out of the running of The Doctor. I also heard he was going to start another season of “Luther.” I know it may not work out, but he would be a tremendous Doctor! 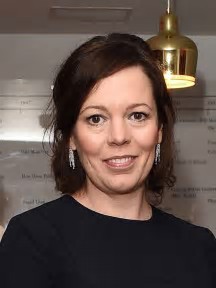 Olivia Coleman has been in” Doctor Who” before and stars alongside David Tenant in “Broadchurch. “She is one bad ass lady and I would love to see her take over The Doctor! She is very funny, like her work on “Hot Fuzz.” Her character in “Broadchurch” is heartbreaking, and she plays it like she feels everything going on. She is wonderful.

Another amazing, bad ass chick! She can do no wrong and I basically believe she is a Goddess. I know she is not British, but that doesn’t mean anything. She has an amazing CV, so we know that she is an actress at the top of her field.

I saw someone mention David Thewlis as a potential Doctor, and my first reaction was, of course! He would be an amazing Doctor! Why haven’t I thought of him before? He was so amazing in Harry Potter. I think he has the range to not only be the crazy alien, but the loving Time Lord.

What a great actor! Tom Hiddleston has the emotional depth to pull off such a complex character. He is someone you want to go on a journey with, and see what happens next. Plus, he’s pretty.

Best known for playing on “The Hobbit,” and John Watson on “Sherlock,” Martin Freeman really does have a comedy and dramatic range. He would do a great job in bringing out the more unbalanced side of The Doctor.

Another actor from Sherlock! Rupert has been on Doctor Who before in “Dinosaurs on a Spaceship.” He is well loved by all audiences, and has been the star of both stage and screen.  I think he would be very enjoyable as The Doctor!

So, what do you think, Whovians? Who will be the next Doctor? Who is your choice? Leave a comment and let me know!